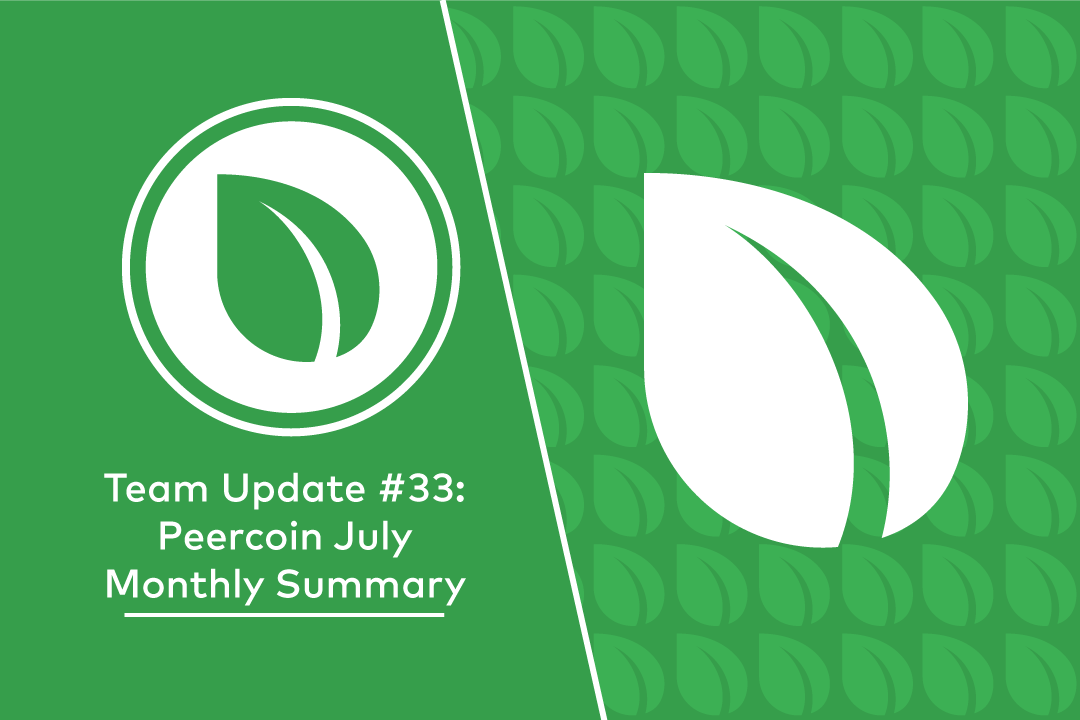 v0.8 marks the completion of the effort to update the Peercoin core code base to be compatible with the contemporary Bitcoin. The v0.8 release is the biggest code change in the history of Peercoin, with 1600 files changed and over half a million lines of code changed.

Moving to a more modern codebase was the primary goal of this v0.8 development cycle, but there are protocol changes as well - like adoption of RFC-0006, originally proposed by @hrobeers. The shift to a modern codebase eases the integration of tooling developed for our cousin blockchains like Bitcoin-core, Bitcoin-cash, Bitcoin-SV and Litecoin. It also enables the activation of the SegWit protocol extension and opens the road to second-layer scaling (Lightning Network).

Remember the deadline to update is October 1st, 2019!

Many of you in the community have been asking for a while now what we have been doing to get Peercoin listed on more exchanges. Lack of access to more exchanges with high trading volume has been one of Peercoin’s biggest problem areas over the past several years. In fact, one of the main reasons why the Peercoin Foundation was originally established was so we could have a legal entity that could interact with exchanges and sign NDAs and other confidential legal documents.

As stated previously in our update about exchange expansion, the Peercoin Foundation has been reaching out to various exchanges. You are starting to see the results of this work with the recent announcement of listings at both Hotbit and CryptoBridge. We’ve established contact with dozens of exchanges now, both large and small. During this process, we have quickly come to the realization that getting listed today is mostly about paying the appropriate listing fee. It doesn’t matter to exchanges that Peercoin is a non-ICO project that operates on generous donations from its community. If we don’t pay their listing fees, then we don’t get access to new trading markets. It’s as simple as that.

Peercoin has been listed on three exchanges in the last month!

Chronos has released his first part of the “Peercoin Primer” series and it is now available to watch! Stay tuned for more videos as they come out!

After the positive reception of our last interview, we are planning to do another with the largest contributor to Peercoin’s technical side. Backpacker is our lead developer and has many years of experience. If you want to have him answer your questions, leave them in the thread below and they might show up in the final interview!

With v0.8 on the way, there is plenty of things to do. If you wish to contribute, check the post below to help make sure everything is accounted for!

Stay tuned for more information as we approach the hard fork date. You can stay up to date with the latest news by using our forums or other platforms! You can come chat directly with the community on our Telegram/Discord, so come say hello!