To get back on mumble this year for our 5th year anniversary we’re going to need steemit users to upvote us for that show. Last year we got lucky because we pre-scheduled our spot to get a guaranteed broadcast.

I posted this today: 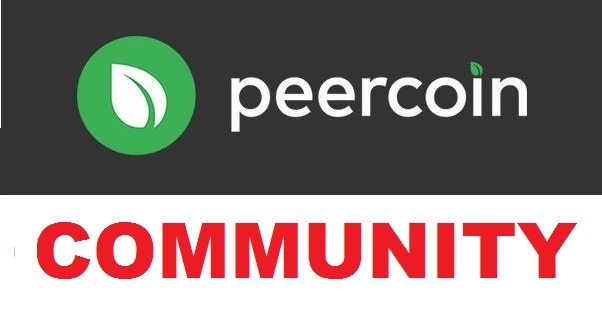 Peercoin community. Almost 5 years strong. Why that is important. — Steemit

Peercoin has built a community since 2012 that has many members for multiple years. I can explain that significance… by ppcman

If you you have a reddit user, I recommend you get a steemit user as well. It will help when we need upvotes to get on radio broadcasts like BeyondBitcoin.

medium.com (which a lot of people know) seems to be over taken by steemit lately. Quite quickly I now have 70+ friendly Peercoin followers there and I’ll need them to upvote us for the 5th year Celebration to get on the BeyondBitcoin radio show again this year Aug 2017.

BeyondBitcoin radio show (which we have been on before) attracts huge investor whales who own a lot of BTC and USD and can significantly up our price. We need to pay attention to the steemit social network so we can gain a following there as well.

Last year, I see some of our forum users here created steemit accounts, but they never used them. They are stuck at reputation level (25)… that’s not good.

At the same time, the majority of us know Peercoin as a blockchain that is solid. It has been solid for a long time, with a lot of great potential.

It’s only fair we stop keeping it some sort of secret and tell more people about it. For the longest time, I enjoyed the fact that people who did their research found us. Now we have to just echo our strengths to the world.

Peercoin was built around the idea of a good store of value for minimal cost. Any one can run a wallet and keep the network alive. Any one who holds peercoin can mint more peercoins simply by owning them.

In the next year or two I fully believe Peercoin will continue to gain ground and respect.

Even Dan Larimer himself (bytemaster) blogged about Peercoin in his earlier days. He appreciated PoS when he created DPoS…

Peercoin was never designed to be a transactional currency, but instead a store of wealth. It does very well at that…

New things like PeerAssets and Indicium just proves that our chain can still be used to facilitate these types of technologies.

I anticipate good things for Peercoin. We have traveled a good path and we are not only showing potential of our chain but proving it too…

Let’s embrace steemit similar to reddit, and make our voices loud and clear there too… so many other users who are new to Peercoin and not on our forums yet can find out about why we’re special and get involved as well.

but isn’t steemit overrun by whales who upvote their friends and downvote everyone else? comments to posts look like circlejerk fests, no real heated discussions ever taking place because of fear of downvotes that have a real financial consequences.

why bother with such system, tell us?

Wow. That’s quite a generalistic severely pessimistic view. In some very small cases, yes, you could see some of it that way. In the majority of cases, no.

A lot of people who are new to crypto are there. Many have wallets in the tens of thousands (and you can see their value under their user). Many are just discovering crypto now and want to try some investments.

There is a lot of long time crypto people there as well. Peercoin’s message could go any where there are ears.

We’re a good coin. Let’s tell people about it.