What is the new PoS reward?

Coming back to Peercoin after some time away and going over the release notes for V0.10/V0.11 i can see there have been some changes to the PoS reward scheme. The reward amount has been lifted from 1% to 3% is this correct?

Peercoin’s reward system was changed two years ago in v0.9. This video explains the changes, but let us know if you have further questions… 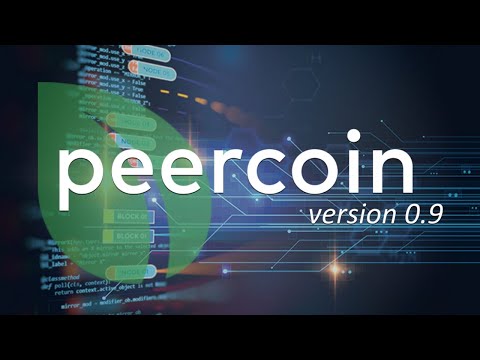 The reward amount has been lifted from 1% to 3% is this correct?

Overall POS inflation has been fixed at 1%. But the 1% of new coins is distributed among the minority of holders that mint. So, if only a third of coins mint, the holders will get 3% reward. If 20% mint, minting holders will get 5%.

The way I have understood it is if you mint only periodically, you will earn around 3% annually from the coinage portion of the reward. If you mint continuously however, you can earn up to 5%

This extra 2% comes from the static portion of the reward, as you are getting some extra coin for every block you produce. So it pays to keep your node minting 24/7, so you produce as many blocks as possible.

This extra 2% comes from the static portion of the reward

If you check the video above, it says the static portion is 0.25% of the supply. The video gave an example of the static reward distribution between 2020 and 2021, with the supply being about 26 million PPC. 0.25% of that supply was 65k PPC. Dividing that across all the PoS blocks in a year meant the minter earned an additional 1.25 PPC per minted block.

Since the supply has grown since then, you’d need to readjust the numbers to find out how much the static portion has increased per block. It should now be more than 1.25 PPC. 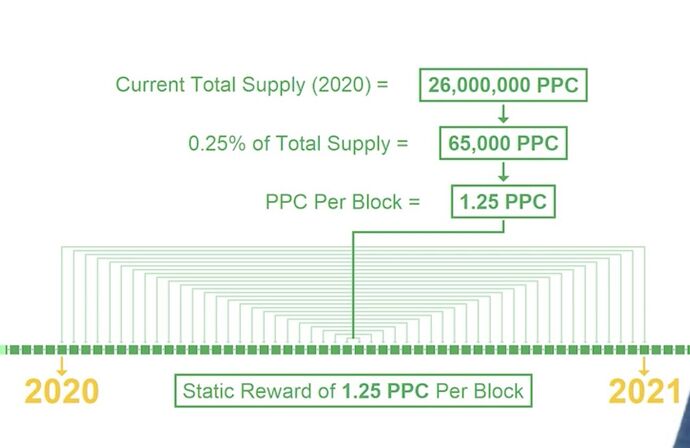 Even this diagram is not completely accurate though, as the supply would not stay 26 million for the entire year. It grows with every block produced, so the static reward should also slightly increase every day as more coins are added to the supply.

Sentinel is correct. Static reward is around 1.32 ppc/block currently. We do not peg 1% annualized inflation because it would require some fancy coding that could open attack vectors. Instead, we assume a fraction of the coins will actually mint and targetted 1% pos inflation in a snapshot. This means that if the number of coins participating in the process increases or decreases, we could see a number greater than or less than 1%. The true bounds are approx 0.25%-3.25%, but please understand that these bounds are in the case of 0% and 100% participation, respectively, and are therefore not practical scenarios. Realistically, we should see a pos inflation between ~0.75% and ~2% annualized over eternity.