I have to reject this idea since it changes basically nothing. There are ASIC for SHA-3 as well. It would not make people with phones competitive in mining in the least, even when pooled, especially if you are incentivizing members of the pool to be the least competitive possible.

This proposal also includes the implementation of a universal PPS pool for all peercoin SHA3 miners which is tied to an algorithm that will tune power consumption as low as possible across all low-power mining devices. As discussed on Discord earlier, competing mining pools could be ignored by signing the low-power PPS pool results with a key. Furthermore, contributions for each miner in the pool would be compared and any miner requesting work more often than the mode (the value that occurs most frequently in a given set of data) would also be ignored.

All this can be done under SHA256 as well, but at this level of centralization mining is pointless, you might as well trust the signing entity to distribute the coin.

The longest chain rule would be preserved even as the structure of the network is extended to low-power devices hashing SHA3 in the universal PPS pool, thus guaranteeing nakamoto consensus while reducing the amount of electricity spent on harmonization. SHA3 is preferred over SHA256 due to power optimization and inclusion in the ARMv8 instruction set. Furthermore, PoS blocks will be minted by the same client wher PoW blocks are mined, rewarding users for maintaining and sharing a local copy of the Peercoin blockchain, thereby eliminating predatory miners who exist only to compete for block rewards without adding value to the network.

If you have read the Peercoin whitepaper, there is also included a Proof-of-Excellence, which would be leveraged to periodically reward PoS minters and PoW miners alike for participation in this environmentally friendly tournament that proves Peercoin has an “intelligent form of energy consumption.”

SHA3 is preferred over SHA256 due to power optimization and inclusion in the ARMv8 instruction set.

You have a central entity telling people how much to mine so it doesn’t really matter how efficient it is, if you want people to use less power, you just tell them to hash less. The centralized mining pool can just tell people not to mine at all as a matter of fact and then just give out coins to whomever it likes since it’s centralized.

Every miner already needs to be a full node in order to validate transactions. These predatory miners of yours don’t exist. (Edit: apparently in a pool members are more like rented cloud compute and don’t validate txns, but anyway anyone holding PPC has incentive to mint and therefore be a full node)

There is not included a “proof-of-excellence” in the whitepaper, it’s merely mentioned as a vague hypothetical alternative to PoS and PoW, and you should note it correctly concludes that “this system tends to consume energy as well when artificial intelligence excels at the game involved”; in other words you are still burning compute power to calculate the best way to win the game, if it were an interesting game anyway. If the name of the game is just use the least amount of energy possible, the answer is nobody do any work and you just get coins randomly. Though it’s not really random of course since a centralized entity is making the calls.

Here is a snippet from the Peercoin whitepaper:

During our research we have also discovered a third possibility besides proof-of-work and proof-of-stake, which we termed proof-of-excellence. Under this system typically a tournament is held periodically to mint coins based on the performance of the tournament participants, mimicking the prizes of real-life tournaments. Although this system tends to consume energy as well when artificial intelligence excels at the game involved, we still found the concept interesting even under such situation as it provides a somewhat intelligent form of energy consumption.

The tournament I am proposing would be for the lowest amount of energy consumed (as determined by artificial intelligence) by all miners in the key-signed Universal PPS pool to find one SHA3 PoW block every hour, in accordance with RFC0019. This is not a centralized distribution by any single entity, but an encoded reaction to the intelligent behavior of network users.

I’m not sure what in the Peercoin whitepaper makes you think “proof-of-excellence” is to be used in place of PoS or Pow, instead of in addition to the two. Furthermore, there is no central entity determining the winner, rather a programed reward distributed evenly to all participants for respecting the environment and choosing to not needlessly expend energy.

The lowest amount of energy is no work.

How will one PoW block per hour be created without any work?

I’m okay with the idea of periodically changing the PoW algorithm to target CPUs. I mine https://myriadcoin.org/ on cloud computers because they have a CPU algorithm that updates over time (currently argon2d). Perhaps I could mine Peercoin instead in the future 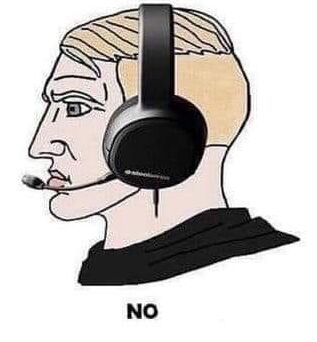 Diving deeper into this RFC I think that a centralized PPS master pool is not necessary, as a decentralized mesh-mining approach could coordinate hashpower contributions to reduce power consumption as low as possible while maximizing rewards for all peers. This would be made possible by each miner signing their proofs with a key and revocations occurring for bogeys, such as excess hashrate contribution and counterfeits, as identified by decentralized consensus.

The Proof-of-Excellence reward would be distributed to all keyholders not identified as bogeys when a certain power consumption delta is maintained as compared to previous PoW blocks.

That sounds way more complicated than switching the PoW algorithm :\