[ul][li]Create educational material that teaches laymen why centralization is a bad thing (single point of failure etc). Present argument why Proof-of-Work (PoW) creates an economic incentive to centralize mining power. Point out that PoW has a trajectory towards centralization (pools, cloud hashing, derivatives). Present Peercoin with Proof-of-stake as a solution to the problem and that Peercoin has a trajectory towards decentralization.[/li]
[li]Include information about how to find out more information about Peercoin.[/li]
[li]Package the material in a way that makes it fun to watch (non-aggressive/non-threatening). Target audience is people that perhaps knows little about the technical details of crypto currencues and perhaps view AltCoins as a threat[/li]
[li]Prepare communication channels and prepare the community for the “push”[/li]
[li]Wait…[/li]
[li]When there is recognition of centralization issues in the coin community (perhaps reddit looks like this again: http://imgur.com/VwCY9xG) notify the community.[/li]
[li]Together we swarm the social forums and use the material we have prepared for this very purpose.[/li][/ul]

Why? I was very negative towards Peercoin, until the day I realized PoW had some small flaws. I realized these flaws the last time there was talk about mining centralization. Doing some research into the whole thing, I started to learn more about more flaws with PoW. I was a convert from then on and I’ve seen this happening to other people.

The thing is, when you have people as stupid, as ignorant and as negative towards Peercoin as I was, one have to make use of the little window of time one has, when the coin community itself becomes critical of itself.

We really need to help all the people out there holding on to these dangerous PoW coins.

What do you think? Am I crazy?

I like to see it described as one concised PNG file, maybe some windows of cartoons to motivate reading

You are not crazy. It makes perfect sense. We need to make short, focused, unpretentious, link-rich, deployment-ready text and graphs that community member can easily cut and paste when he sees a proper context, especially when POW creates agony.

actually, attacking from pool centralization is less likely to occur as we know who run the pools and they submit the blocks as they are. I’m more afraid of enormous private solo miners, like those who are capable of printing their own chips and decide to mine privately. They could create longer chain and undo the history, 6 confirmations is no safe at this point. Maybe frequently adding checkpoints is a good solution for bitcoin, although they bitch about it.

I like to see it described as one concised PNG file, maybe some windows of cartoons to motivate reading 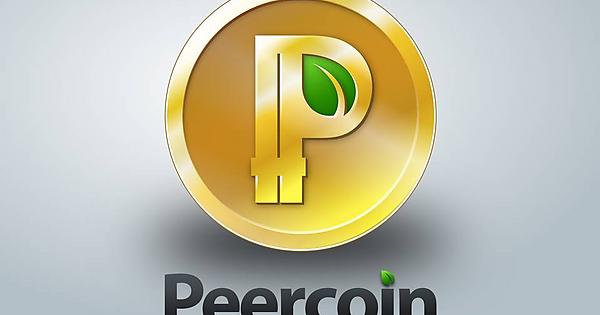 Isn’t there some kind of site where you can make this animals take and stuff like that?!

Pillow that is a great idea! Also, it could be a mix of informative and funny memes and shorts, anyone can download gimp and get to it

The more the merrier, its going to be very effective if we can make an absolute avalanche of them

And ofc drop them on some forums here and there

[quote=“romerun, post:2, topic:2493”]I like to see it described as one concised PNG file, maybe some windows of cartoons to motivate reading

Isn’t there some kind of site where you can make this animals take and stuff like that?![/quote]

very nice presentation! In slide 15 i would expect an explanation why ppc has so small blockchain

Just noticed - this presentation doesn’t contain anything related to micropaymens. Lol, throw it out… just kidding

But hey, we missed whole huge point here. Micropayments aren’t much supported by BTC, the reason is obvious- their model relies on high # of standard payments(fees). We can achieve two goals - cheap cost->0 and 0-confirmations(yup, that’s how it works) transactions and long term contracts(contract is like an option - better stability).
Is there anyone who can formulate it in English(no Englandish- like me

sorry, too much coffee

[quote=“romerun, post:2, topic:2493”]I like to see it described as one concised PNG file, maybe some windows of cartoons to motivate reading

Isn’t there some kind of site where you can make this animals take and stuff like that?![/quote]

Good stuff. The content is pretty dense. To make cartoons out of it I guess we have to break it down the benefits of ppc, and make a few episodes of it. If we can write up some good scripts, I bet I can find some good hands to draw it with a good price.

What do you peers think about this?

That way, when someone says: “But Proof-of-Stake suffers from Nothing at Stake” we could post them like this funny cartoon, making a joke out of it or something.

When someone says: “Bitcoin is decentralized because of PoW” we have some sort of funny cartoon for that one too. Or at least something that shows why this isn’t true, in a way that everyone can understand.

And then, if someone thinks that Peercoin is interesting and decides to have a look at all the infomercials/cartoons/whatever, they fit together nicely and can be viewed in sequence.

made something in a hurry… I’ve got this nagging idea about how the government would do it. Would they buy many, many, many ASICs or send in a soldier and a software programmer? I don’t know how to turn it into a punch line though.

Also, what happens if a hacker gets control over GHash.IO and before the attack, short btusd using options trading or similar.

Can’t believe people dismiss 51% attack as something that won’t happen because of “economic incentives” - that’s precisely why it will happen!!! Maybe we could turn this into a punch line as well?

tnx pillow! And yeah that is a good one. Something along the line of ‘how many btc can you sell in 2 hours’. That would be the reward for abusing 51% power. Still difficult though, because fiat can be tracked. How many btc to gold traders are there? If they would park ppl at those seller locations, they can get btc to physical gold quite fast.

But, I’m also thinking, it’s not so good to bash bitcoin too hard, because at the moment, crypto currency acceptance as a whole is pretty much dependent on the acceptance of BTC…

But, I’m also thinking, it’s not so good to bash bitcoin too hard, because at the moment, crypto currency acceptance as a whole is pretty much dependent on the acceptance of BTC…

Yes, this is a fear I also have. I really hope the Bitcoin network hum along, until enough people have turned into crypto fanatics, so that if/when Bitcoin fails, the alt won’t get hit as hard. Now I’m talking price wise. Then there is this thing with mainstream adoption. If Bitcoin it hit by 51% attack I think it could affect mainstream impression. I hope nothing bad happens, until we’re much further along in this story.

I think there are some good ideas and concepts floating around here. Thanks for initiating that, pillow. We do need to up the ant with the marketing and getting Peercoin out there. Watch this space

We do need to up the ant with the marketing and getting Peercoin out there. Watch this space

i don’t know about you guys but i absolutelly don’t wish for btc to fail.
not because i own btc but because this coin is the pioneer in crypto age.
it is becoming mainstream year by year and with it all the other non-scum coins
like ppc

we have to cooperate with btc and help it overcome any issues, then our approach
should be more like advising how ppc’s wow may help other coins like btc to be more secure, environment friendly,etc
lets stand besides btc not against it. make love, not war

Bitcoin is a pioneer idea and implementation but with a lot of flaws which are currently solved by the Peercoin. Therefore from my perspective the BTC should move to the background and leave space for cryptocurrencies like Peercoin to rise and shine. Ok we had enough of BTC it’s time to fall. People should learn that are better alternatives and replace the old and slow with the new, faster and more secure solution.

BTC is the Myspace of cryptocurrencies which is going to be replaced by the FB/twitter which is the Peercoin.

Talking about Peercoin with people is impossible, because all kinds of myths are being brought up. I realized that as many people as possible have to be able to talk about Peercoin in an educated way, before its possible to make a structured/coordinated community push. Therefor I stared this thread: http://www.peercointalk.org/index.php?topic=2976.msg27278#msg27278

I guess the first step “planning” is what I’ve begun doing here. Anyway, when the most important myths have been dealt with, I will return to this thread.

We need an explanatory video – badly. The Overkill video is in the works, but it doesn’t look like it’s going to happen anytime soon.

I know this has been suggested before, but I’d like to raise the subject again. We have a presentation. If the community has converged on an acceptable sequence of slides with accompanying narration, why not turn this into a simple video? Without the professional animation of the Overkill video project, it seems this could be done with relatively little effort and expense. Plus there would be more time to explain things than the minute or so available in the animated video. The recent Peershares video came out pretty nice and that’s a narration of a simple (non-animated) slide sequence.

I realize the presentation has time-dated content, but I don’t think that’s a deal-breaker since this shouldn’t be too hard or time consuming to make. I might be able to pull together the video part, but I’d want a more professional sounding voice for the narration. Perhaps female this time. I’m extremely busy these days and barely have enough time to glance through the forums. Is anyone else motivated enough to take on this project?