Peercoin was Featured in the Latest Episode of The Flash

Just wanted to let you guys know that we were made aware that Peercoin was mentioned in season 5, episode 18 of The Flash on CW.

The episode is set in the year 2049. The character in the image below is running from a bad guy and is hiding. She’s speaking to someone over a comm device that is trying to help her escape. He asks her what is around her and she looks around and names a few places, including Peercoin Bank.

I just watched the episode to confirm. So first use of PPC on HBO’s Silicon Valley. And now Peercoin Bank in the year 2049 on The Flash. I think they’re trying to tell us something. 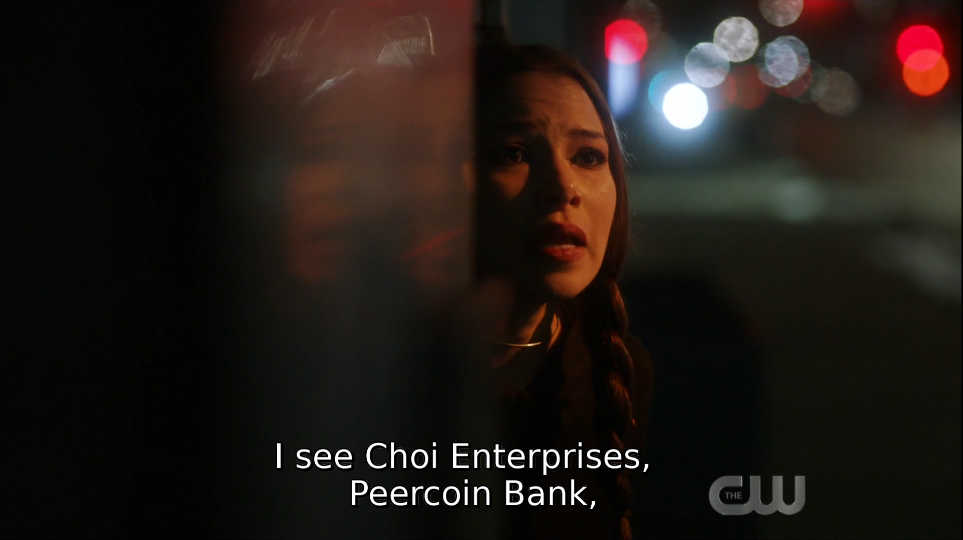 Wow that’s surreal. What was the use in Silicon Valley?