Hi,
Upgraded today to v0.6 and downloaded blocks from start. When having a new wallet.dat everything works, but when I input old wallet.dat with coins in it, wallet crash one second after start (don’t have time to do anything before crashing).

Errors I receive (either first or 3rd image, then second image after clicking OK). BTW: wallet is fully sinced, up to date (at least when empty wallet.dat is imported) 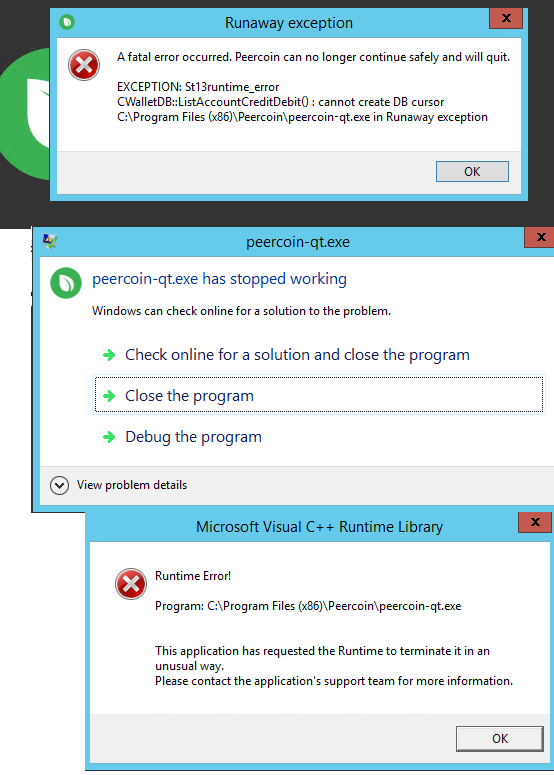 Curious where the crashing wallet.dat file is from (which version of peercoin/peerunity), and if it was a binary release or built from source code.

I found this similar error with bitcoin:

Well a walletDB error is related to your Bitcoin wallet file and you could try to first backup your wallet.dat and then start the client with -salvagewallet.

you should dumpprivkey of all your addresses with positive balance using previous working version, import them into new version, transfer to new address and share the old wallet dat with developers for debugging.

Have you copied wallet.dat directly while the client was running?

No, client was stopped.