Ok guys, this is it! If you need to know how the format will work for the 99designs contest, read this. You can also leave comments on the contest page rather than this thread, but you’ll most likely have to register first.

How this thread will work: In this thread, you will need to provide the designers feedback on what you like, what you don’t like and suggestions on what you’d like to see. Everyone has a different opinion here and I see this as the best way for people to voice what it is they want. This forum has been pretty slow going, but with this contest we’ll need you here giving feedback as much as possible. This process will only be successful if we can communicate what it is we want to the designers. So please, if you know people that own Peercoin, link them to this thread. If you know a place that hasn’t heard about this contest yet, please post a link to it so they’ll know. We need this thread to be as active as possible!

Silver Package: $300 was donated to me from the community for the bronze package. I decided to add $200 of my own money to bump this contest up to the silver package. This will help get us more submissions and better quality designs. It will also take my own account pretty low for at least the next week and a half. If anyone would like to donate any coins, I have the details in my signature. Thanks, and let’s hope this contest is successful!

Let me know if everyone can see the contest please. If so, go ahead and spread it around.

I need somebody’s help. I posted about this on the Bitcointalk ppc thread. I also made a new thread on the alternate coins board telling them about this thread. But Reddit is giving me problems yet again.

Is there someone here that can post a link to this thread on the ppcoin subreddit? This is very important because we need to get enough people here to give feeback to the designers. It will also help get people signed up here at ppcointalk.

Should be fun, thanks for sorting this

ALTcointip bot creator here. Fantastic news, thanks so much for following through with it! I’m interested in participating in redesign of PPCoin website, so let’s see what the logo ends up looking like.

Looks like some designs are starting to come in. There are currently two versions of the double P symbol, a wider one with more space in between the P’s and a thinner one. I don’t know about you guys, but I personally prefer the thinner version. It’s not a deal breaker for me though. Here is the difference…

I also prefer the thinner version. And i think the second logo is really good. Should have add something around but the center of the coin is really good

I can see it. This is my submission.

I made a new section in the design brief under the rules for design suggestions. Here is the first one I put up…

Is there no possibility for expanding the contest time? I think 4 days are way too short. If we want quality really the contest should last 14 to 30 days …

PS: I prefer the thinner symbol too.

Yeah I think the reason there aren’t many submissions yet is because nobody knows about it. Personally I hate the little green grass blade one so I’d like to see what other people come up with.

Is there no possibility for expanding the contest time? I think 4 days are way too short. If we want quality really the contest should last 14 to 30 days …

It’s two stages. 4 days, then 3 days for further refinements of the finalists. The whole point of going through this is to expedite what was otherwise an indefinite project with no finish line.

I’m liking the new richer look of GameKyuubi’s newest effort. The leaf almost looks like a leaf now too. I don’t so much like how the previous entries can be withdrawn preventing us from seeing the progression of the ideas.

I can put them back up if you like, I just thought the first one looked really bad by comparison and seemed kind of awkward sitting there like I was expecting people to vote on it lol.

Also: any suggestions to make it look more like a leaf?

Also: any suggestions to make it look more like a leaf?

To start I’d align the shading with the stem of the leaf and have it run out to both sides giving the illusion that the center is lower than the edges. If that’s not enough I’d at least play with giving it some subtle veins. I do like the deep green you’ve used. A google image search for “leaf logo” turns up lots of ideas - most of them pretty poor. This one is pretty decent though. http://logos.co/1024/royalty-free-vector-logo-of-three-green-leaves-one-leaf-has-dew-droplets-by-kj-pargeter-1273.jpg

I like that the rim of the coin is solid without any garnishments. However at first glance the outermost circle looks to me like it’s tapering towards the viewer. I’d add another final outer circle about half as wide as the current secondmost outer circle to indicate chamfering of the edges.

Some more ideas I’d try if I were entering the contest.

I’d put our logo in the middle of something like this: 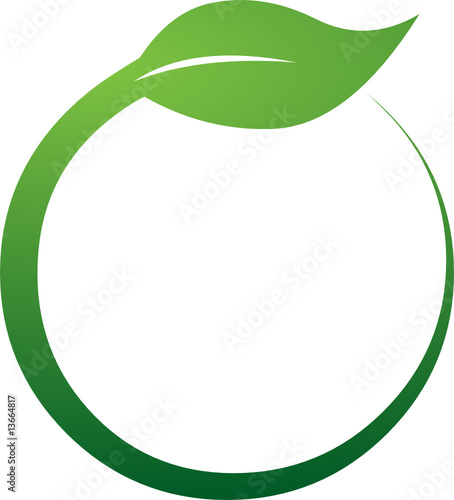 I’d make a highly pixelated coin inspired by this: