Please show appreciation for the work I have done by donating to the multi-sig PPC address:

As I keep reiterating, the process of research and content writing has been extremely demanding. I am sure it will be a great resource for the community, especially newbies

Nice man. Please give me links that I can post about so users can best support you and your work. Is this going on Amazon books again?

Yes, it will be published on Amazon soon. I will provide all relevant links thereafter.

In order to prevent minters with high “coin age” from dominating the process,
protocol code rules exist:
• Minters must hold the coins for at least 30 days before being eligible to mint.
• After participating coins from a minter have been used to mint a new block, their “coin age” is reset back to zero.

Coin age is also maxed at 90 days to prevent users to sit on mature transactions for malicious 51% type attacks.

Not going to nitpick as we did just have a protocol change, but some of this stuff has been in place since launch.

I can read it this weekend. Thanks for your massive effort on this!

Please say when you have read and reviewed the book. I can then proceed to the publication stage.

I should probably be done by tomorrow sometime.

I’ve started reading, but won’t be finished today. Hopefully by Tuesday, or Wed at the latest.

In page 48 it says that I introduced my own logo design. This is only partially correct. User Mjbmonetarymetals created the design and introduced it here: https://bitcointalk.org/index.php?topic=101820.msg2066815#msg2066815

I just finished reading through the first part…

On the 6th June 2013, Sentinelrv made an announcement detailing how the community would proceed to chose the new PPC logo.

and a future poll to chose

Chose in these two sentences should be choose.

Thanks to forum user “whifmio”,

The user name is actually whifmoi.

On the 22nd June 2013, the Coins-e exchange initiated PPC trading. It was the opening day of the exchange as PPC trading went live besides 15 other cryptocurrencies.

The word besides should drop the s at the end.

Lightning should probably be removed from this list. He was never really part of this community. He mainly acted as my graphic designer, who I would reach out to from time to time to create logos for us. I would pay him for his services, so it was not volunteer work and I don’t think he owns any PPC.

Members of community were eagerly waiting for the full official release.

Insert “the” in between of and community.

On the 20th May 2015, after several months of research and content writing, a book based on the first history of Peercoin was published on Amazon:

Insert “year” in between first and history.

B&C Exchange was never completed, so it never actually launched. Development stalled once the NuBits dollar peg collapsed. You could mention that it was planned to be the 2nd implementation of Peershares after NuBits.

I’ll continue reading. Sorry it is taking me longer than expected. Quality work so far though!

I’m pretty sure it was the same Rocket Chat service. It was just the domain name that had changed.

FuzzyBear was tasked with implementing the code designs into the client.

This is true, however FuzzyBear did not complete the task and left the community shortly after. Sigmike is ultimately the developer who implemented the design.

This does not seem to be too important, plus the text snippet used after is a little immature. Is there a good reason for including mention of this article?

As the show immediately below, the Peercoin market capitalisation surpassed US$100,000,000 again.

This sentence sounds like it may be missing words. Did you mean to say as the chart shows?

The Foundation logo here seems kinda low-res. Maybe it would make more sense to use the banner with the green backgound currently on the website here: https://peercoin.net/foundation.html

Solomon Lederer had been hired as treasurer.

Solled was not actually hired as a paid employee or contractor. The board simply voted for him to have this responsibility. It is a volunteer role which he accepted.

He became the administrator of the official Peercoin Github repository website where he contributes to, and resolves issue with, code development.

Issue sounds like it needs an s at the end of it. Also does there really need to be a comma before the word code? Not sure if that’s right or not.

Maybe say that it was submitted by Nagalim.

Instead of ending the main content about a small exchange adding Peercoin trading, I think it would make more sense to end with the announcement that we were beginning testing on v0.8. As you know this upgrade will finally bring Peercoin close to being current with Bitcoin, so I think it’s nice to end on a teaser for the future: Team Update #26: Peercoin v0.8~RC1 Released for Testing

Overall great job! Thanks for the time you spent on this project!

Thank you for reading through the book

I will act on the feedback above. An updated PDF will be posted as soon as I can.

Book cover quote:
AFTER TEN MONTHS OF RESEARCH, SUNNY KING AND SCOTT NADAL LAUNCHED THE
PEERCOIN BLOCKCHAIN ON 19TH AUGUST 2012. THEY HAD INVENTED THE PROOF OF STAKE CONSENSUS MECHANISM AS THE WAY IN WHICH TO SECURE THE NETWORK PROTOCOL

I will give the team time to check for any other errors before publication.

Invented, as nobody has described how to implement the PoS system.

Sunny did an interview where he said that he and Scott implemented PoS without knowing about the discussion that was taking place on Bitcointalk. 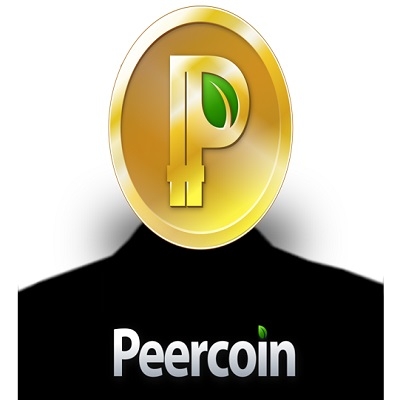 Sunny King delivers innovation.Sunny King, a pseudonym, is the creator of two crypto-currencies: PeerCoin and PrimeCoin. Each providing important advancements to the technology powering crypto-currencies. With PeerCoin, Sunny was the first to...

SM : What led to the creation of the proof-of-stake algorithm? What inspired you? Do you remember where you were or what you were doing when you came up with it?

Back then there were already a few ‘altcoins’ floating around, and more being created, but of course not as much as nowadays. We were thinking about something different, not a clone of bitcoin, but different algorithms, for example, addressing the energy problem of bitcoin.

That’s how we started looking into alternative consensus mechanism, that using coins itself to secure cryptocurrency. We came up with the ideas ourselves, but later we learned that some people were discussing related ideas on bitcointalk forums in 2011 as well. Overall I think proof-of-stake is a good term describing the general ideas. The difference is, in 2011 we were pretty much the only people committed to use pure proof-of-stake as consensus mechanism. Everyone else were just trying to see if proof-of-stake can provide some patchwork to bitcoin’s proof-of-work.

Wow Tyke I just scrolled through the sample and it looks incredible!

I’ll send a donation your way, thankyou very much for this, I’ll be sure to read through the whole book.

This is the sort of stuff that will help to keep our Coin to remain relevant, the place in crypto history.

@dirkmirk thank you for your high praise.