Is there a wallet for OSX?

Is there a wallet for OSX?

I haven’t found one yet. Maybe with wine? please post if you find one.

I’m in the process of setting up a VM for a dev environment to compile it. Once it’s stable I’ll post a link.

I was able to build the command line tools to my mac with pretty small changes to the makefile. I’ve not tried building the QT wallet yet though.

Here’s my fork of the main ppcoin repository. 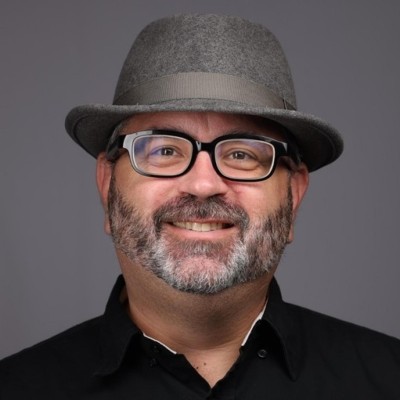 Updated to build on OSX

I’m downloading QT right now. If it’s equally straightforward to get building, I’ll upload it for you.

Thanks Jeff… I was also able to get it to compile using your fork. The code review mostly looks good, but you did spell “pcoin” as “ppcoin” at one point. In a future commit, we should actually find all references to “bitcoin” and change them to “ppcoin” (if appropriate). BTW, it looks like your pull request is not available – and github.com/jefflarkin is 404ing as well.

And any chance of you posting a sample ppcoin.conf file?

Thanks for letting me know about the 404. I talked to github support and I’d gotten flagged as a spammer somehow. You should be able to get to my pull request now, although I know that you were able to build this by pulling my repo directly.

As for the ppcoin.conf file, I just copied put an rpcuser and rpcpassword into the file, I’ve not looked at any other options.

Jeff Larkin has kindly volunteered to be the maintainer of ppcoin mac osx builds. Before we have a process in place to allow developers to cross verify mac builds, Jeff is taking sole responsibility and builds would be announced here.

(Warning of unsigned executables is normal)

Kudos to Jeff for the hard work!

I know this thread has been empty for a while, but I got the 10.9 beta version of OSX, and I’m willing to help test some stuff, not to good with the programming but I could probably figure it out it I really wanted to.

Would love to see a tutorial for generating Proof-of-Stake on OS X at some point as well. A little info out there, but no luck on OS X as of yet.

Keep up the good work, slow and steady wins the race!

Any good wallets for MOBILE ?

Hi Jeff, thank you for your work. The OSX Wallet doesn’t work with Maverick.

Hi Jeff, thank you for your work. The OSX Wallet doesn’t work with Maverick.

I have had no problem??

What wallet should I use with a maverick for my mac?

What wallet should I use with a maverick for my mac?

As stated above, PPcoinqt works fine on 10.9 for me.

Yes, I downloaded the ppcoin-qt client from Mega. I’m using it on 10.9 without a problem.

I can’t get a connection to the peer coin network. Some other forum posts have recommended adding nodes in the command line. I can’t find that in the mac version though. Any tips?

I downloaded the mac version from mega using google chrome and it took the block chain many hours to fully download. So be patient with it and eventually the bottom right of the PPcoin-Qt will have a green check mark and be running properly. Hope this helps

Help, I just downloaded the PPC wallet client for Mac and sent one coin to myself. I did this several hours ago and the wallet hasn’t registered its arrival yet. The wallet is synced and has 8 active connections. Any ideas where my coin is? I currently have no faith in the wallet and don’t know what to do…