Cryptocurrency "The Alt-ernative" A Beginner's Reference NOW AVAILABLE on Amazon A new book called Cryptocurrency “The Alt-ernative” A Beginner’s Reference is now available to purchase on Amazon. It is a book aimed at beginners to cryptocurrency as well as a historical reference based on 38 cryptos. Terms such as mining, the blockchain, proof of stake and so on are described.

It is currently only available as a paperback at about £10.99 or $17. A Kindle version is being created at the moment. Here is the link: 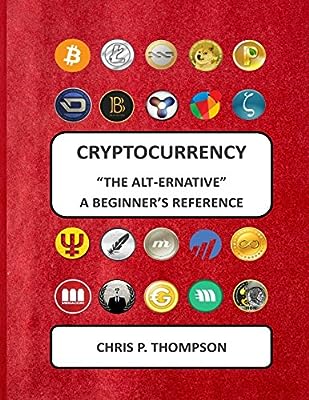 Cryptocurrency The Alt-ernative A Beginner's Reference

BLACK & WHITE VERSION In 2014 there was an explosion in the number of cryptocurrencies. These were released to the general public as a consequence of the inspirational, innovative and intriguing work ...

Peercoin (PPC) has a four page section in this book as well as its coin logo on the front cover. Peercoin specification, history, exchange list and more are included.