I am producing an Android wallet for another Peercoin derived PoS coin. But this uses a central server to provide valid block hashes over HTTPS. Would people be interested in this for Peercoin? It’s based of the popular Bitcoin Android wallet: https://play.google.com/store/apps/details?id=de.schildbach.wallet and it would be open-source. It’s not possible to implement SPV for Peercoin I’m afraid, but the wallet would still have private keys locally on the device.

Could you explain in more detail why it’s not possible to implement SPV for Peercoin? Fortunately, with PPC’s tiny blockchain, this is less of an issue.

I think you’ll find a lot of community interest for this project. We don’t currently have a finished Android wallet app, to my knowledge.

Not sure if you’re talking about the same thing, but there is over 6000 PPC up for grabs for some kind of Android wallet on Peer4commit.

What I have done instead, which was the simplest way to implement it, is to modify the Abe block explorer to provide a list of valid hashes as an API over an HTTPS connection. This provides a method to shift block validation to a third party. Then the app downloads blocks from a modified bitcoinj as usual with the required modifications. The PoW and difficulty checking is disabled, and instead the app downloads hashes from the trusted server to compare blocks with. I’ve managed to get it working for another PoS coin, I just have to do some more tests. It should be fairly simple to get it to work for Peercoin.

There may be more elegant solutions but this was quick, easy and it works.

Thanks for pointing that out. The problem there is that the project to which you are referring is a Mycellium wallet which is not what I’ve looked at for this other coin. My wallet would still act as an Android wallet but would be based upon Andreas Schildbach’s Bitcoin wallet instead. I suppose developing this app would make the Mycellium wallet somewhat redundant, but I don’t know much about Mycellium.

If you haven’t seen it already, there was some discussion on a Peercoin android wallet based on the Schildbach wallet here: http://www.peercointalk.org/index.php?topic=2547.0;all

I’m not sure of the current status of that project, but it seems you could possibly be eligible for some of the funds from the Mycelium peer4commit fund, if FuzzyBear was happy with it.

Thanks river333, I think I’ll contact FuzzyBear about it.

Thanks river333, I think I’ll contact FuzzyBear about it.

That might be a problem, as he’s been very inactive lately for reasons unknown. I tried for an entire week to try and get in touch with him about a problem on the forum. He finally responded yesterday saying he’d be on later that night to take a look at it, but as far as I know, he never showed up.

Well I’ve sent a message. I only need a basic response in regards to the eligibility of the bounty. I might still work on a peercoin wallet regardless, but if there’s a bounty behind it, then that would incentivise me to get it done quickly. Maybe (no guarantee) within a week.

@MatthewLM I hope Fuzzy gets back to you quick. We really need this mobile app to happen to help peercoin take off more.
As for the bitcoin wallet you were talking about having your wallet based off of I would be interested in that since i do use small amounts of bitcoins with that wallet face to face with people but I also need a peercoin wallet that does the same job.

Exciting. We have been waiting for the android app for quite a while.

FuzzyBear hasn’t got back to me yet, but I’ll keep people informed.

Exactly how much are you looking for? I don’t think Fuzzy would have a problem with it, I’m sure the community would be interested in such a application. If you submitted a marketing proposal I think you could get funded, we could probably deal with paying back the funds used from Fuzzy’s 6000 ppc down the road.

Basically I’d find it a shame to lose someone who’d be willing to do this for us just because the guy who controls the funds is currently absent.

I might still get around to doing the wallet regardless of the bounty, there are just other things I can be doing instead. So having a bounty reward would make this higher on my priority list.

As for marketing, I think the app would “sell” itself (It will be free), would it not, if it becomes the first peercoin wallet?

PM sent! Apologies for the delay

Yes this would be great to have! I was just saying that if you made an official proposal here, we could have a serious discussion about funding you. Of course all of this could be bypassed if Fuzzy was here, and it looks like he just got on (he’s talking to us in the chat as I type this!). So I guess we can just hold off and see what he has to say ;D

PM sent! Apologies for the delay

It would be great to have this conversation available in this thread instead of by PM. I think the community would be interested in details here. Thanks!

Ok basically I said I would like to see his project listed on Peer4commit and see what funding it does attract.

I would like to see the project get 2000 - 5000+ PPC for a fully working PPC android wallet minting sounds like will come later hence the need to start its own funding.

So what do you think of that Matthew? I am eager to see this work out.

I think it’s a good idea to create a separate project on Peer4commit. Would you like to host the Peer4commit project FuzzyBear?

And yes, as minitng wont be included initially, additional funding could be used to attract development for minting on the Android wallet. 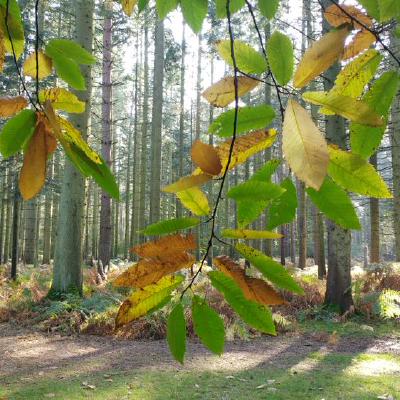 Fork of bitcoinj for peercoin. Contribute to MatthewLM/peercoinj development by creating an account on GitHub.