Ahead to Nu worlds! (liquidity provision for fun and profit)

My name is Sam, I post as woolly_sammoth on the NuBits forum. I’d like to make you aware of the possibility to make some profit from Liquidity Provision in the Nu network.
This opportunity exists through liquidity pools that pay compensation for funds provided by you. The pools operate in a totally trust-less manner meaning that you stay in total control of your funds 100% of the time and can dip in and out as you see fit.

To explain how this works it’s probably useful to give some insight into Nu and what we are trying to achieve there.
Nu is a DAO (Decentralized Autonomous Organisation) whose aim is to provide a stable crypto currency in the form of NuBits. NuBits are pegged to the US Dollar such that 1 NBT = $1.
Nu and NuBits were launched in September 2014 as a vision of Jordan Lee and the Nu team (most recently active with the proposal to develop the Blocks and Chains Decentralized Exchange). Since that time, NuBits have done a remarkable job at keeping their stable value.
There are several mechanisms by which the stable value is secured but perhaps the most important is the provision of liquidity to the market through the crypto exchanges that support NuBits. The provided liquidity is used to set up large buy and sell walls that ensure that NuBits are always bought and sold at $1 (in reality there is a small spread (~0.2%) to take exchange fees into account).
The provision of liquidity is handled by ‘Custodians’ who are elected by Nu to erect the buy and sell walls. Until recently, becoming a Custodian was fairly hard. It requires the trust of the Nu community to become elected and access to a fairly large amount of funds to provide as liquidity. Custodians are rewarded for all this through grants of NuBits.

Recent software developments mean that it is now much easier for anyone to become a Liquidity Providing Custodian (LPC) without having to become elected and with any amount of funds they see fit. This is possible through liquidity pools.
These pools allow anyone to share in the compensation available for providing liquidity for Nu by simply running an open source application on their computer and allowing it to place orders on Nu supporting exchanges on their behalf. The software uses the exchange trade API to place orders and then sends a cryptographically signed confirmation of the order to a central server which validates the order on the exchange and rewards the user accordingly.
The beauty of this design is that the user remains in complete control of their funds at all times. It is available on their exchange account for trade or withdrawal whenever they choose. The central server has absolutely no access to the user funds in any way whatsoever.

To add to the gamification of the process, users who provide liquidity are in competition with each other. The pool server sets a target of the liquidity it aims to provide on each exchange and a maximum daily rate of return. Users connecting to the server are able to specify a minimum rate of return that they are willing to accept for their liquidity provision. If the target isn’t filled, everyone is rewarded at the maximum rate as specified by the server. Once the target is reached however, those users who have specified a lower acceptable rate will be rewarded with the servers maximum rate first. Those users who have a higher acceptable rate set will be rewarded by the server at a lower rate or not at all depending on the number of active users and the amount of liquidity that is being provided over the target.
More information on the maths involved in this process are available in the discussion thread here.

There is currently one liquidity pool in full operation. It is run by me and Willy on nupool.net. There are other pools being lined up but for those who want to get involved now, NuPool is the pool to choose.

NuPool is currently operating on Bittrex and Poloniex with a liquidity target of 35,000 NBT on each exchange, split equally between buy and sell walls on the NBT/BTC pair.
The compensation available through NuPool is 0.3% per day, a total return of 9% for the 30 days of the operation.

If you want to get involved and start benefiting, you will need to download the pool software from github (available as a zip release here).
The setup is straightforward and is detailed on the NuPool site under the ‘Getting Started’ menu on the left. The basic procedure is to create API keys for the exchange(s) you choose to provide liquidity to and fund your exchange account with NuBits and/or Bitcoin. Provide the details required in the pool.conf file, set your minimum acceptable rates and start the client. The orders will be placed on the exchange and your account will start accruing credits.
The server pays out every 24 hours as long as you have at least 1 NBT balance. All payouts are in NBT so an NBT wallet is a must.
The pool software itself doesn’t need any specialised hardware and will run quite happily on a Raspberry Pi or similar small board computer.

To make things easier and to help keep an eye on your pool account, I have created a desktop application called Plunge. This interacts with the central server to display your pool statistics. You can even configure and run the pool client from Plunge to avoid having to use config files and the command line.
Plunge is available on github and comes provided with a Windows installer but will also run from the code on Linux or Mac (Plunge requires the latest version of Kivy).
There is also an Android version of Plunge that just allows for monitoring of pool statistics, available here.
More information on installing, running and configuring Plunge can be found on the forum thread

It needs to be mentioned that although the pool software is trust-less and the user remains in total control of their funds at all times, there are risks involved in liquidity provision.

These risks are fairly small but need to be mentioned. The return rate offered by NuPool is enough to cover these and more.

I hope that this post has interested you enough to find out more about the possibilities offered by NuPool and the other Trust-less Liquidity Pool soon to be available through Nu.

See you all in the pool (the water’s lovely!)

I believe liquidity pools like these have the potential of becoming even bigger than proof-of-work mining pools. The reason is because no expensive hardware is needed in order for people to join the pool. All you need is some available funds that you can use to provide liquidity with. Most people have access to at least some money they can use, so a large barrier to entry in pool participation has been dropped with this technology.

Things have been a bit silent… Woolly and I would really like to hear your thoughts on the project!

will bitcoin.co.id be included in nupool too someday?

nbt is getting some love by Indonesians 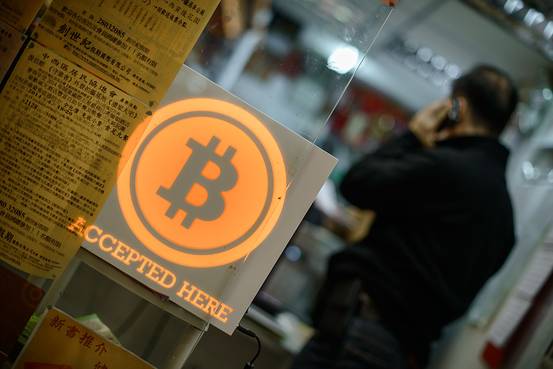 Indonesians are increasingly embracing the digital currency known as bitcoin as a payment solution for online transactions and to send and receive money, despite some known flaws.

will bitcoin.co.id be included in nupool too someday? 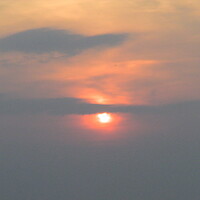 Announcement for beta test-run Liquidbits.net After more testing today and the changes made by @woollysammoth yesterday for the CCEDK API, I’m good to start a public beta with small pool limits and small non-guaranteed payouts. Step 0 When you...